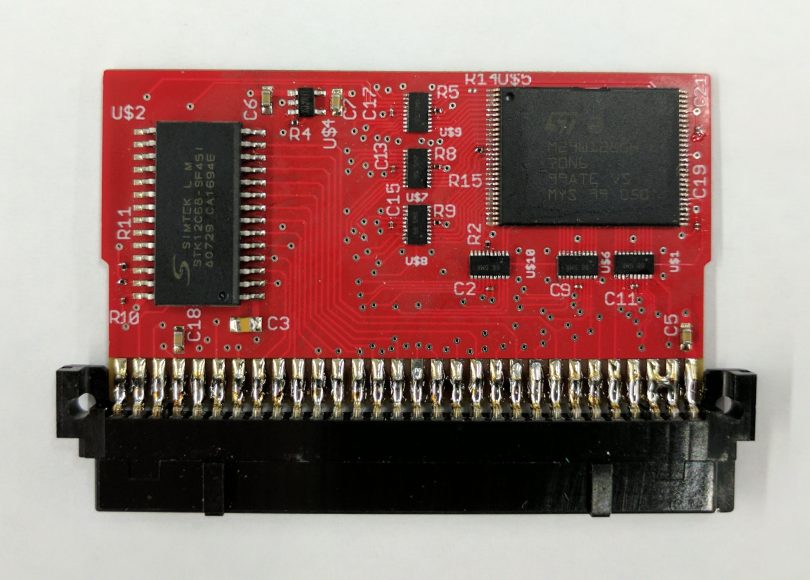 Updated 5/24/17
I’ve actually picked this project back up after putting it on hold for several months. I have a PCB design completed which supports up to 128Mbit ROM and 128Mbit expansion via the Virtual Boy ES line. This is done using a 256Mbit flash if the expansion is needed otherwise the 128Mbit flash is loaded. If the 256Mbit flash is loaded, that’s 8 times more capacity than even the Hyper Fighting 32Mbit cart. The PCB fabrication is completed and shown below in a two tone black and red. Now just need to load the parts.

The first assembled 128Mbit PCB using my DIY reflow oven is shown below. The PCB supports a 256Mbit as well and I’ll be building some for prototyping purposes shortly. 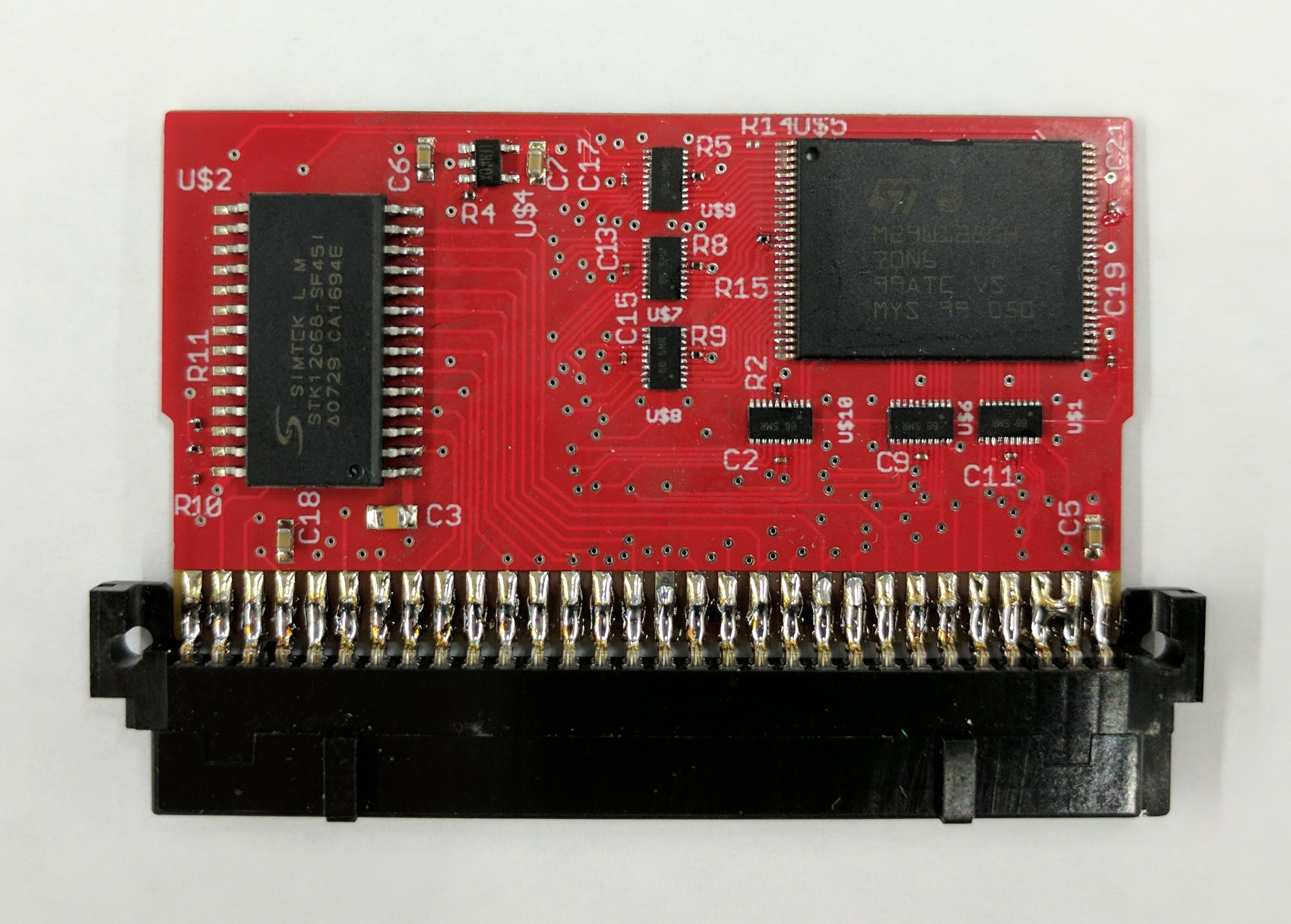 An assembled panelized version of the 128Mbit design done professionally using a fabrication and assembly house. 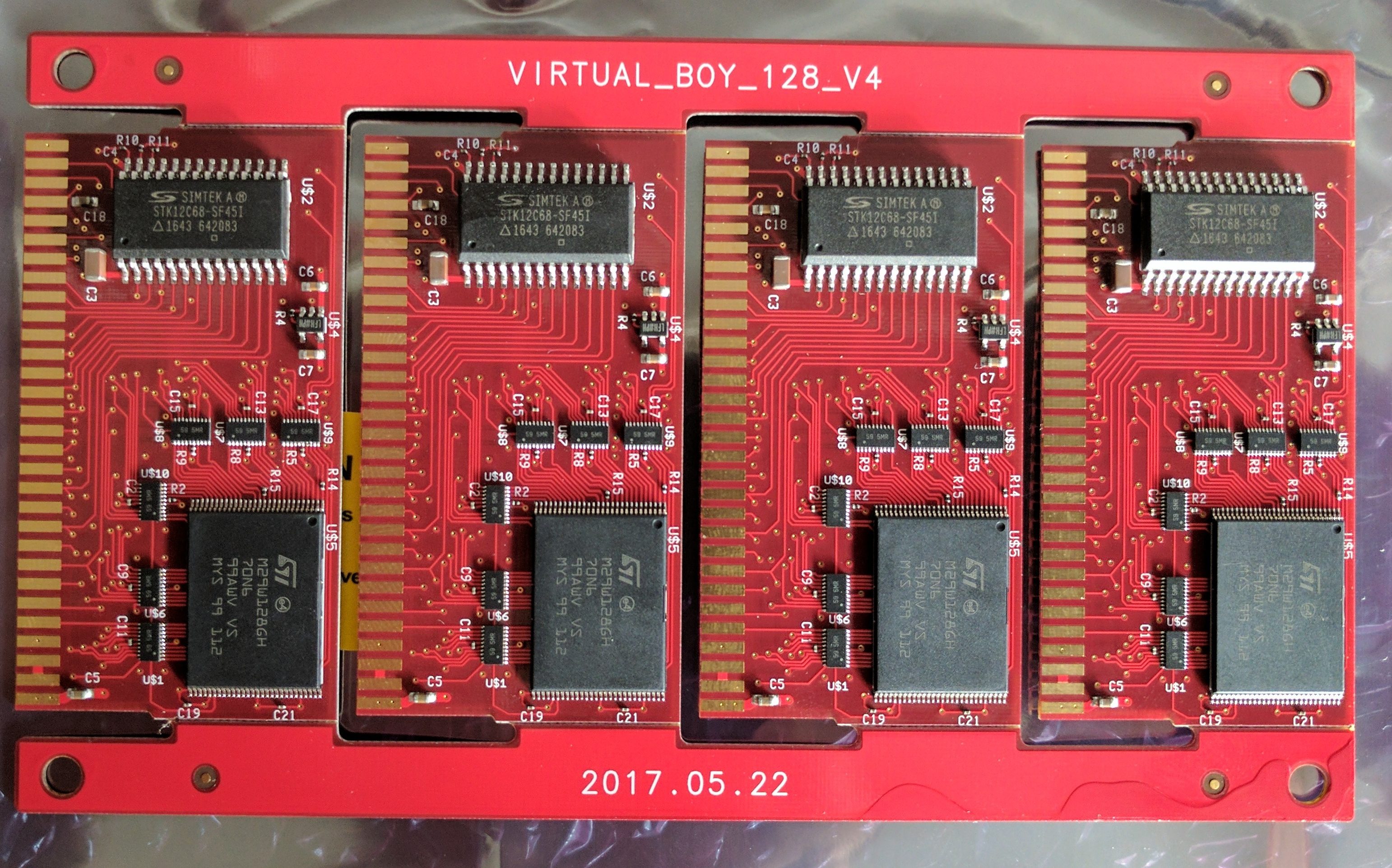