I got the chance to use a new Sony HMZ-T3W head mounted display today. Several things are different compared to the HMZ-T1 and HMZ-T2. First off the T3W has a much sexier case. I like the black and chrome. It feels slightly lighter than the T2 and maybe even a bit higher quality. It has improved straps and adjustments for fitting your head which are easier to use and make the HMD more stable on your head. The main forehead pad is more comfortable and does a much better job stabilizing the HMZ than previous generations. 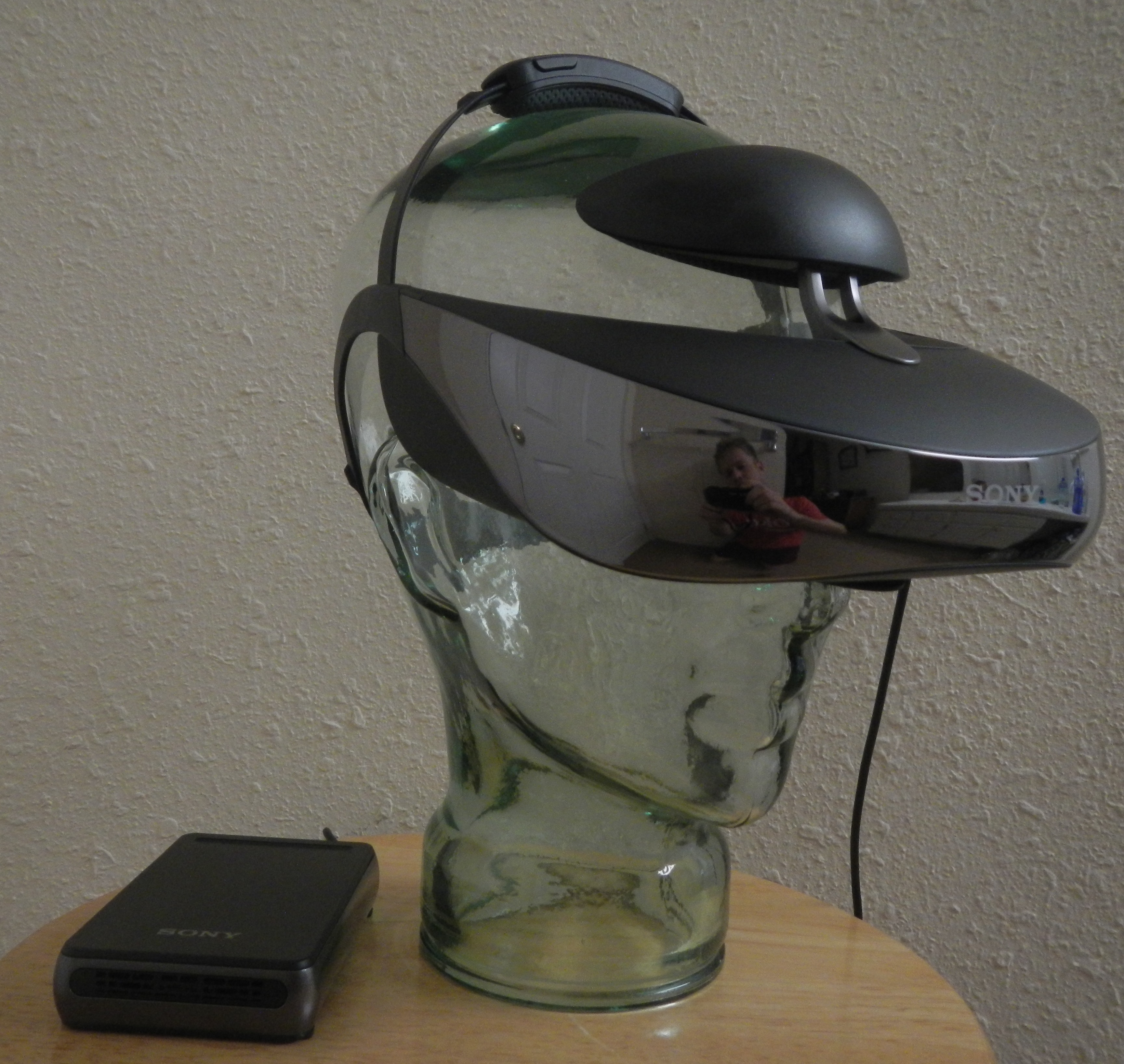 The HMZ-T3W still uses 1280×720 Sony OLED displays which look beautiful. The displays have deep blacks and vibrant colors like you would expect from OLED panels. The eyepieces have the same 45 degree horizontal field-of-view as previous generations. The image does look sharper, however I still can’t get the entire image in focus. The displays are always slightly out of focus on one edge or the other, depending on the IPD adjustment. The optics seem different as I can see more scattered light around the edges of the optics as I look at the displays. It gives an out of focus ring that glows white around the OLED displays closer to the eyes. This is definitely light bouncing around the optics housing and lighting up portions of the side walls.

The displays look sharper because the T3W implements a sharpness filter that is adjustable using the on screen menu. It really makes the displays look cleaner even if it may possibly be artificial. The on screen menu has been reworked as well and now presents itself in 3D, slightly popping forward when activated. There are some new adjustments in there but most of them are recognizable from the previous HMZ HMDs.

The main control box has been redone and is slightly smaller. This is because now there’s another box that houses a wireless receiver and battery that is attached to the HMD itself. The T3W uses a wireless HDMI link for video and audio to the headset. A HDMI cable can also be hooked up between the two boxes to make it wired if you prefer. I’m not so sure how useful the wireless is really. I can go about 10ft from the transmitter, and unless everything else you’re using is wireless, it’s not all that helpful. Maybe if the HMZ-T3W is used in a movie watching scenario it would be more beneficial.

The buttons on the bottom of the HMD are what you’d expect from the T1 and T2 with volume, IPD sliders, menu, and power buttons. There are audio jacks on the T3W just like the T2. The menu button feel has changed slightly but operates the same. The light guard that comes with the HMZ-T3W is made from a slightly stiffer material and therefore holds its shape like it should. The T2 light guard was way too flexible and couldn’t hold its own shape, which was annoying.

That’s about it. The Sony HMZ-T3W is definitely an improvement of the previous generation T1 and T2. It’s probably what the T2 should have been. It would be have been nice to have 1080p OLED panels in this unit but I’m guessing we’ll see that in 2015. If you already have a T1 or T2 it may not be worth purchasing as a replacement unless you really want the wireless feature. Although the T3W is in a slightly sexier package, with a more comfortable fit, it’s still not all that much different from previous generations. I’ve read some arguments online that the optics of the T3 are so much better than previous generations. They’re slightly better but probably not worth a new purchase.