This HMD is from the very early 90’s and is a see-through model. The screen is monochrome white. I haven’t been able to track down the resolution yet. There’s a small video converter box that comes with it that converts VGA and component video to the HMD format. The converter box is powered by 12V. There’s also an intermediate box mounted to the side of the head that provides a power switch and brightness control. There’s a focus adjustment on the top housing of the eyepiece which slides the LCD up and down.

This Eyeman is starting to have issues in the LCD screen as some of the pixels appear to be stuck on white. Particulary to the right of the LCD edge as you can see in the image below. It looks almost like snow in the image. 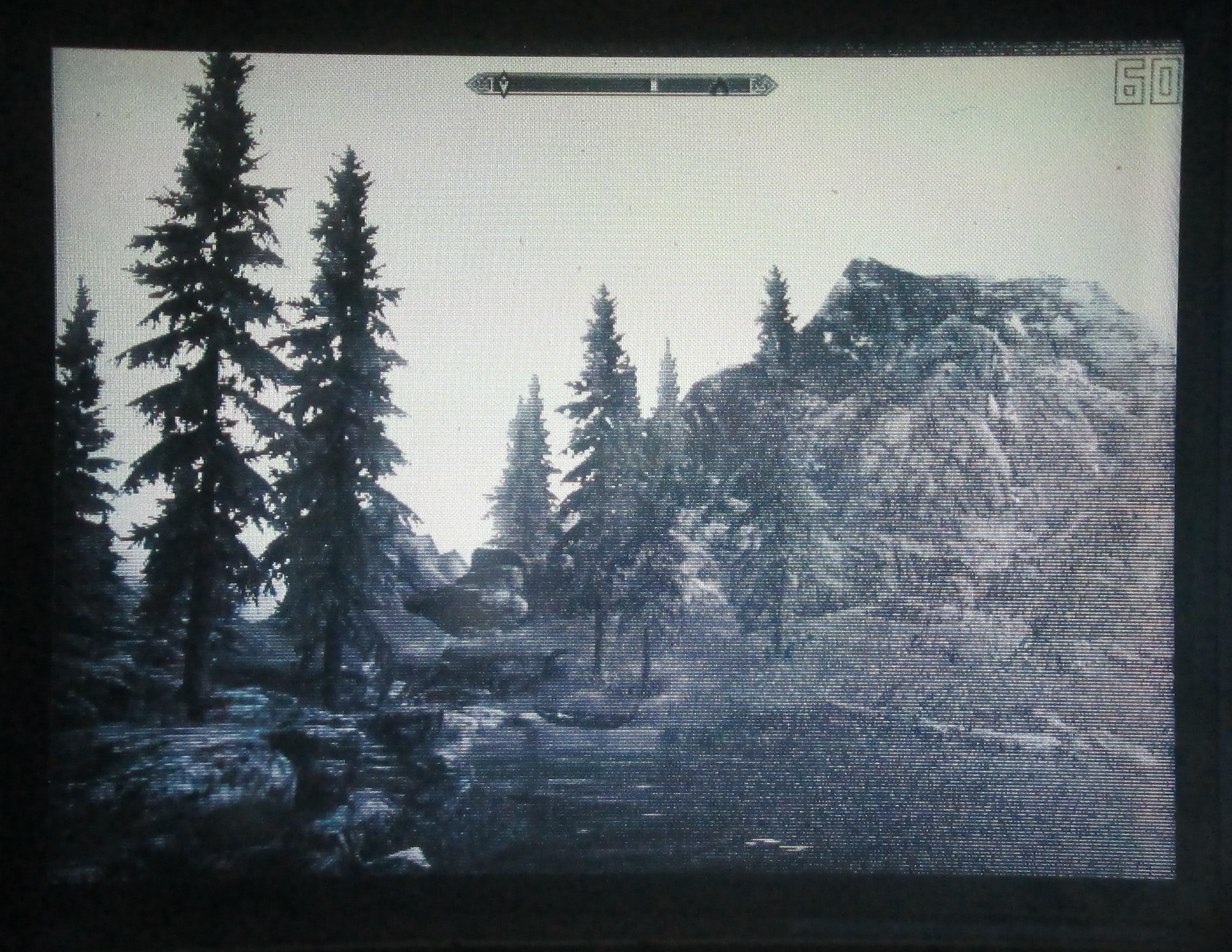 The head gear is comfortable and reminds me slightly of a beefier stock Z800 head gear. The head gear arms from the head band to the HMD itself are quite posable and allow you to freely place the eyepiece of the HMD where it needs to be. There are soft stretchable straps with velcro that allow you to fit the head gear to your head size.

The see-through functionality works as you would expect. The image seems more clear than say an I-glasses VPC. There’s a visor that is partially smokey. I can read text on screen quite easily. 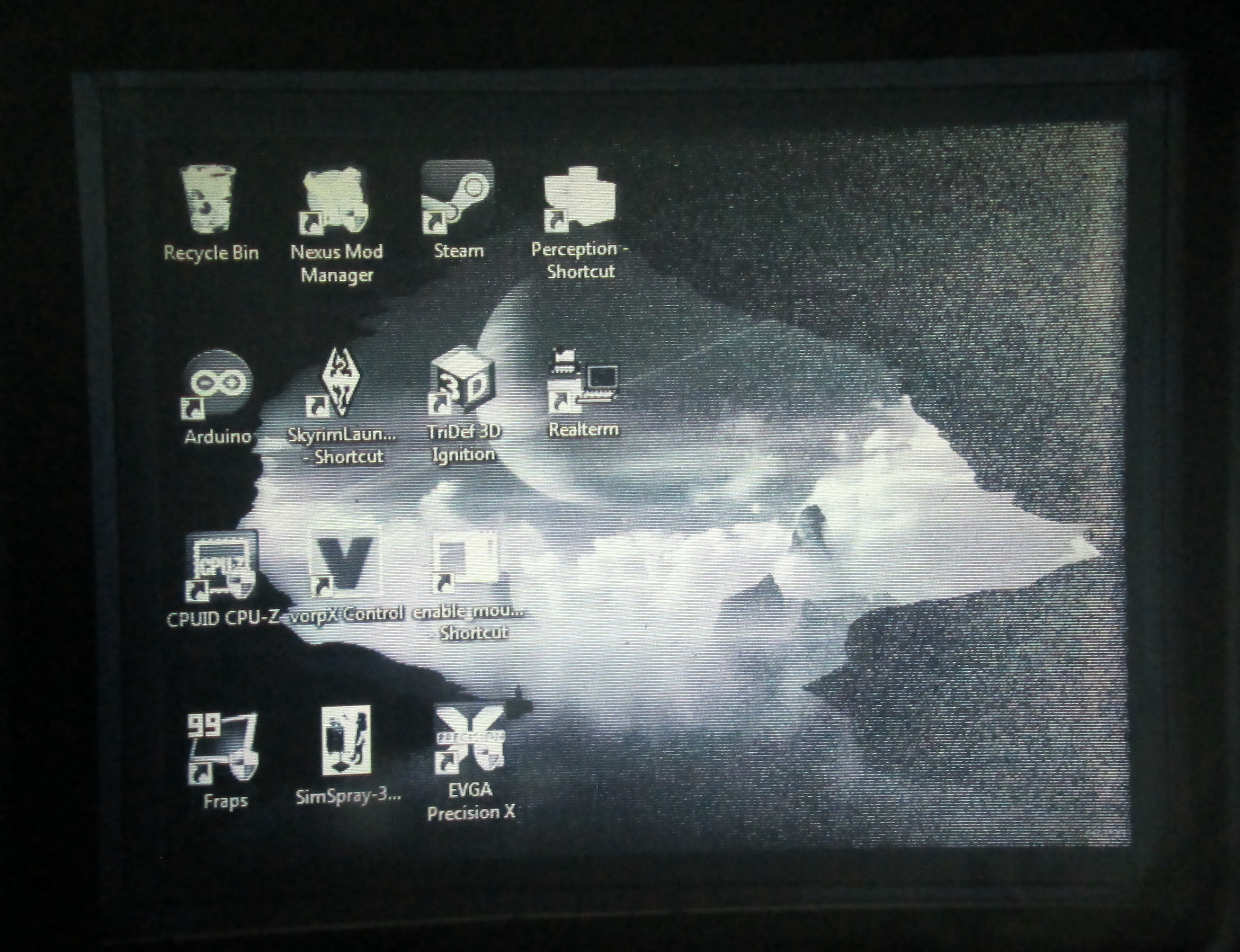 Overall an interesting HMD and a blast from the past. The trademark for Virtual Vision Eyeman was filed in 1992 and published in 1994. Giving this HMD a release date somewhere around 94 or 95 most likely.