I decided to build a current VR computer to see how a high end machine would hold up to the load of virtual reality requirements. I was tired of having frame rates limited in games and jerky head tracking because the computer couldn’t handle the load. That led to the beast of a machine in the images above. I also didn’t want it to be too large so I restricted myself to a mini-ATX case and motherboard. After a few months of modifying my chassis to fit all the gear and ordering pieces slowly, I finally have it built.

I’ve over clocked the cpu to 4.5GHz The graphics cards are also over clocked to 1381 MHz Graphics clock and 3750MHz Memory clock (7500MHz effective). Temperatures on the cpu rise to about 50 degrees C and the graphics cards run up to about 40 degrees C. These are steady state temperatures after running Skyrim for about 4 hours straight. My Valley Benchmark 1.0 score is 6236. Boot time is about 29 seconds from pressing the power button. 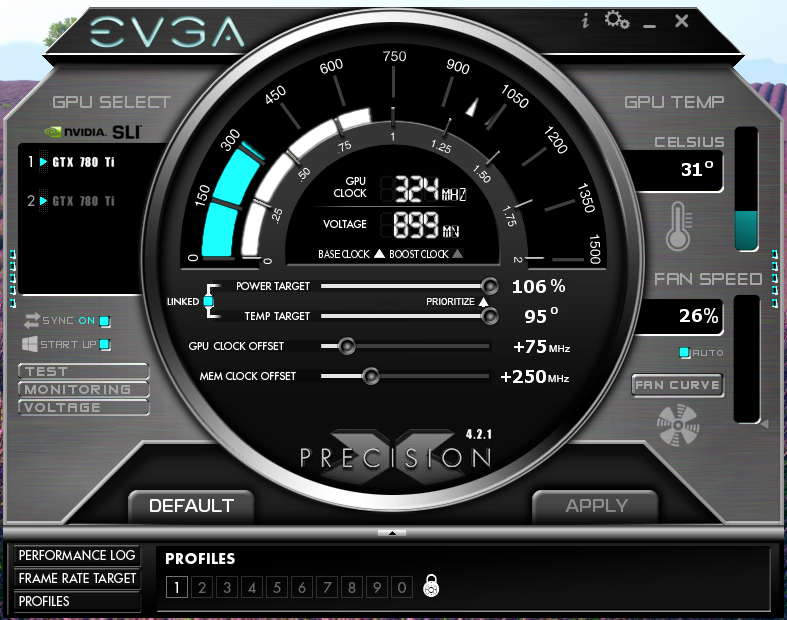 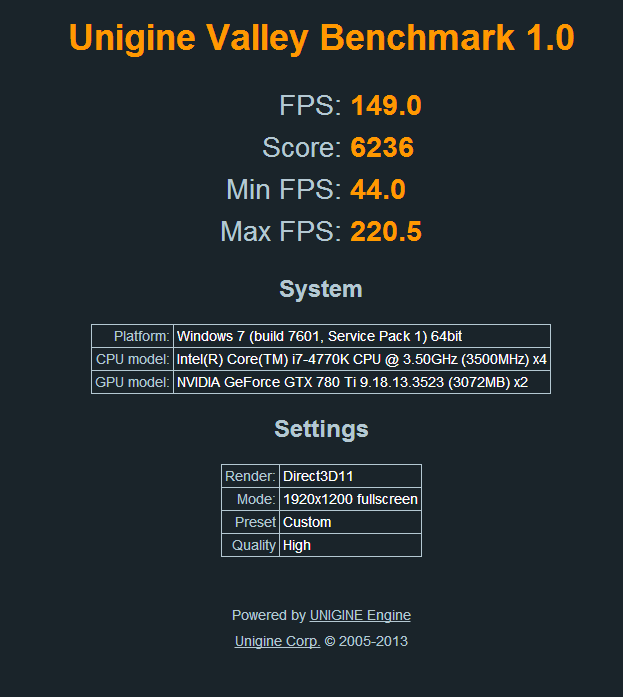 To get rid of SLI micro stutter I limit the fps to 60Hz. This increases performance and also helps eliminate stutter in games. This is particularly important for a smooth stereo 3D experience and smooth head tracking performance. The fps for this system in Skyrim Ultra for an SA Photonics SA-55 (dual 1920×1200 OLED displays!) is shown below. This was using Tridef in dual projection mode with field-of-view (FOV) set to 55 degrees horizontal to match the HMD. Overall, I’m extremely pleased with this system build. It’s definitely the fastest system I’ve built to date. I’m looking forward to testing it out with other VR games and applications.

Update 9/19/14
Here’s my VR desktop now due to a generous gift from a friend. Not sure I really like triple monitors but it’s over the top even for me! You’ll notice a few pieces of current VR gear in the pic. 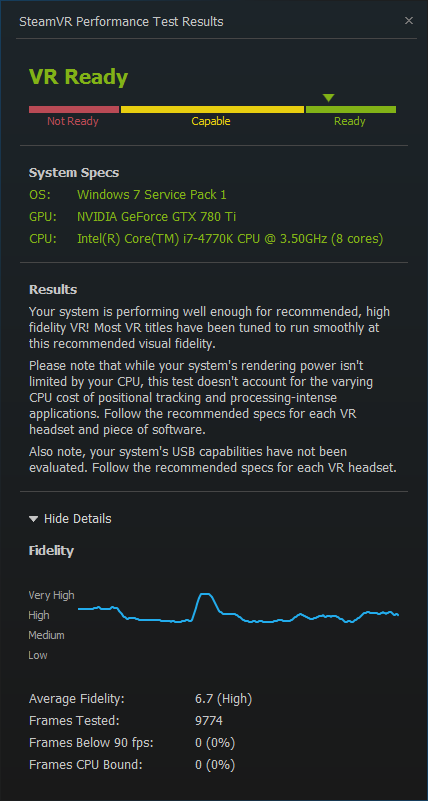 Update 11/5/16
Just upgraded my system with a new EVGA 1080 FTW Hybrid graphics card and a Corsair H80i GT cooler for my CPU. Smoking fast now. How about that Vive VR Ready score. 🙂 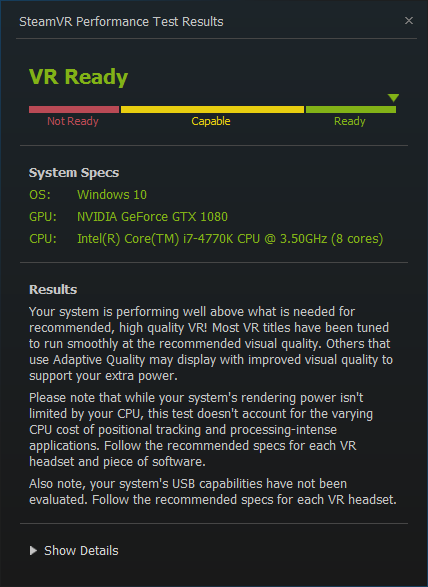 Update 2/11/17
Some cosmetic upgrades. You can probably tell what I’ve been working on…