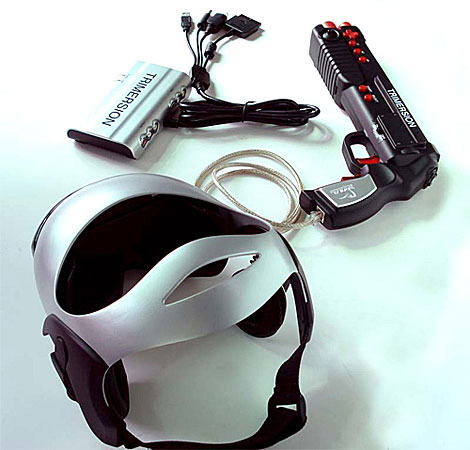 Recently I got my hands on some Trimersion HMD’s.  Thanks to Bob Ladrach for that!!  I was really intrigued by the gun controller on this HMD.  After using it I was extremely impressed but a bit disappointed with the video and audio quality through the wireless interface.  So I modified this headset to keep the gun controller on wireless but take video directly from a wired audio and video connection.  Once I did this, this HMD was a nice setup.  It’s very similar to the VFX1 type of feel, but with higher resolution optics. 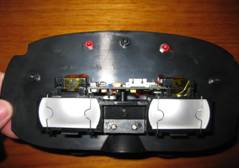 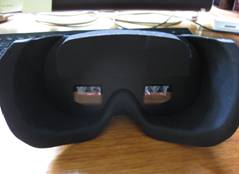 If you flip over the Trimersion headset and remove the screws from the bottom, you can pull the HMD apart and you’ll see two boards inside, along with the optics.  There’s a top board with wireless, gyration MG1101 gyro, and some support electronics.  There’s also another board attached to the optics and displays. 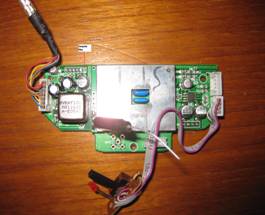 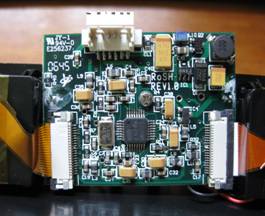 In the left picture you can see a small box with a red line.  This is pointing to the composite video input pin to the displays on the top board.  If you want to hack your HMD for wired Video, you need to cut this trace or remove the cap in front of it.  Then hard wire a composite video input to it.  The displays in this headset are Kopin VGA 640×480 displays.  They’re driven by a TI5150AM1 Video decoder and a Kopin SSD1502 Display driver.  It’s basically a single display board but driving two displays.  It’s interesting to note that the SSD1502 is setup to handle stereo vision if you have a chip per display.  These datasheets are available online.  Also, the pictures are very high resolution so you can blow them up if you need to.

In the right picture you can see the header to the display board.  The pin out is as follows (from left to right):  Video  Gnd  ?  Gnd  Vdd  Vdd.  The unknown line is a control line I think, but I didn’t really have the time to trace it down.

The audio lines are fairly simple.  Just trace down the connections from the speakers, cut the trace to this pin, and wire in your wired 1/8” stereo jack to the pin.