The Visette 2 HMD on the Virtuality SU2000 systems takes PAL composite video input, audio, mic, and +9V power. I built a breakout board so that this HMD can be connected to something other than it’s default Multimedia box (which you may not have…). Below is a picture of the design. As previously promised the EagleCad design files can be downloaded at the bottom of the page. Gerbers are included in the zip. 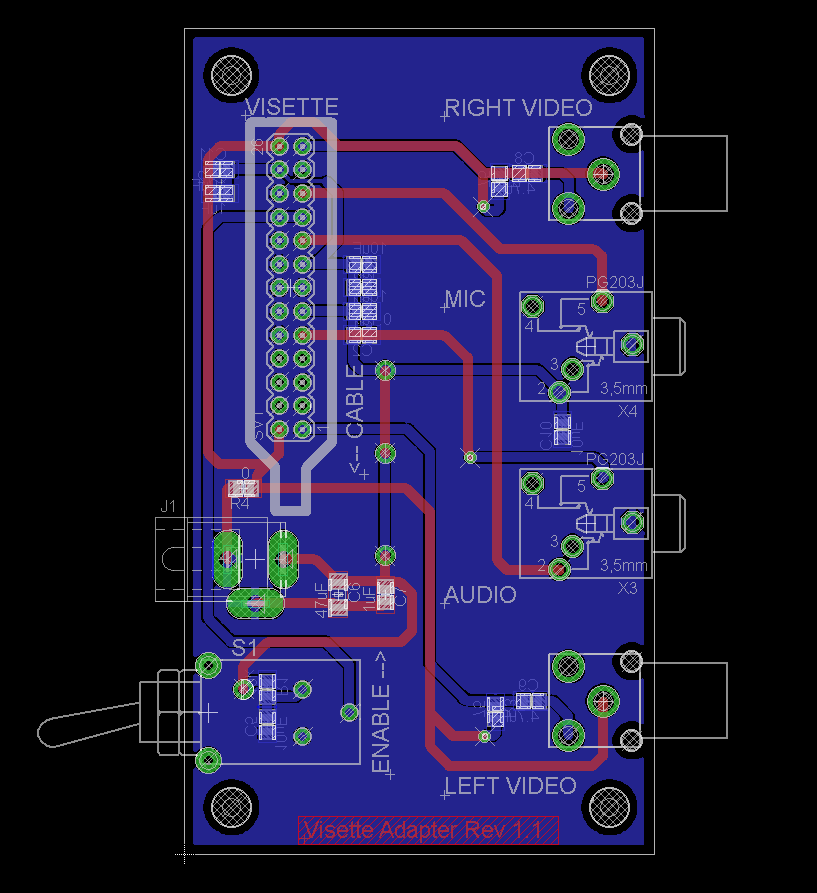 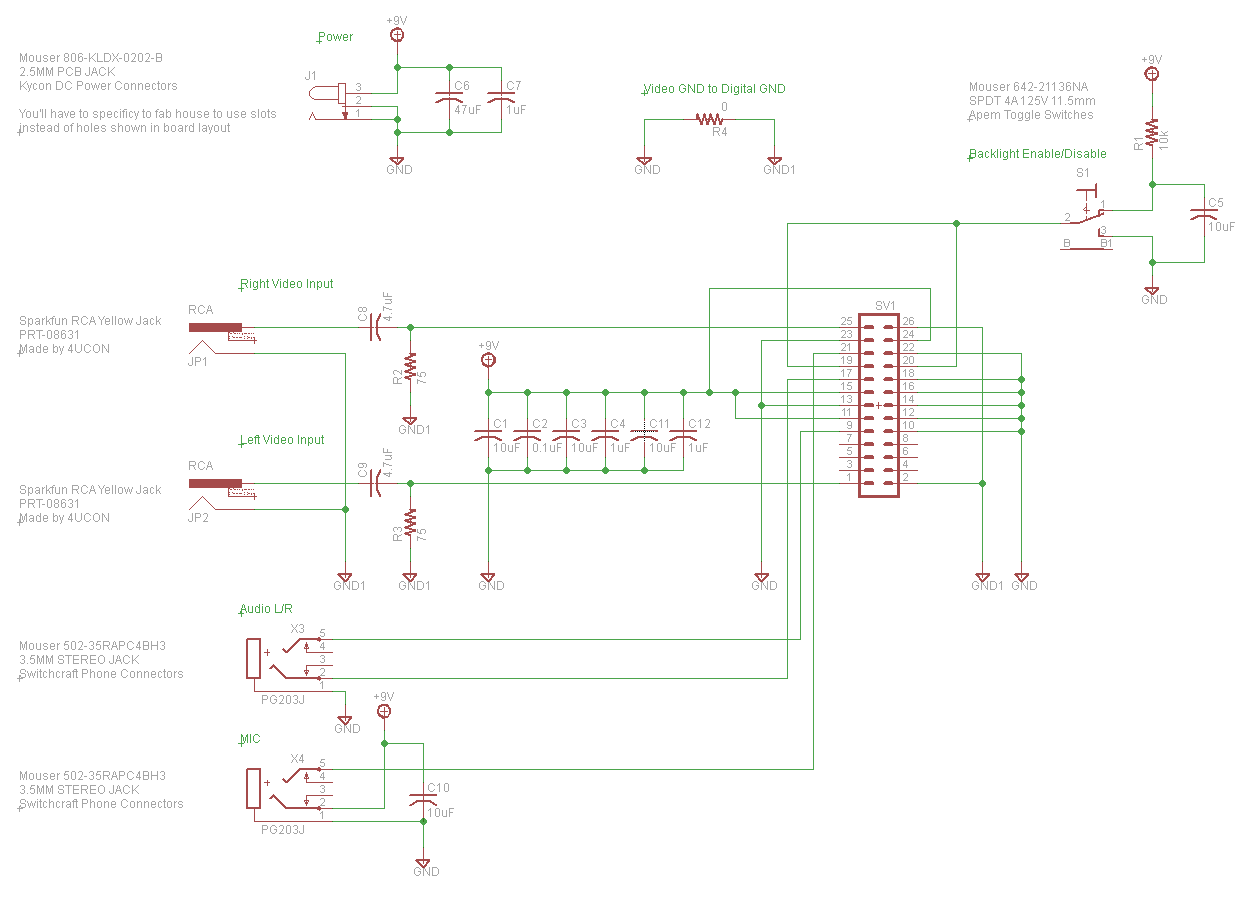 I’ve updated the design to use more easily available parts. The major parts have the Mouser part numbers and manufacturer noted in the schematic. I didn’t spell out standard resistors or capacitors.

The board provides a nice breakout for connecting standard VGA->NTSC converters or even HDMI->NTSC converters to provide video to a Visette 2 VRi HMD (NTSC version found on SU2000). The audio and mic and be plugged into a computer via standard 1/8″ cords. Right now I’m powering the system using 9V @ 1A. Then just flip the switch towards the power jack and that enables the Visette LCDs.

I have 20 PCBs of a previous design that I can modify and build up if anyone is interested. I’ve built one so far and will build another one as I have 2 Visettes that need breakout boards. The original Ver. 1.0 boards require some mods due footprint errors. I may build an enclosure for it so people don’t short the board out. We’ll see.