Intersense was well known for quite some time for being in the tracking business. You hear less and less about them these days. I’m guessing due to being purchased by Thales in 2012. Intersense makes the InertiaCube product as well as the InterTraxx head tracker. They also build systems such as the IS-1200 and IS-900. 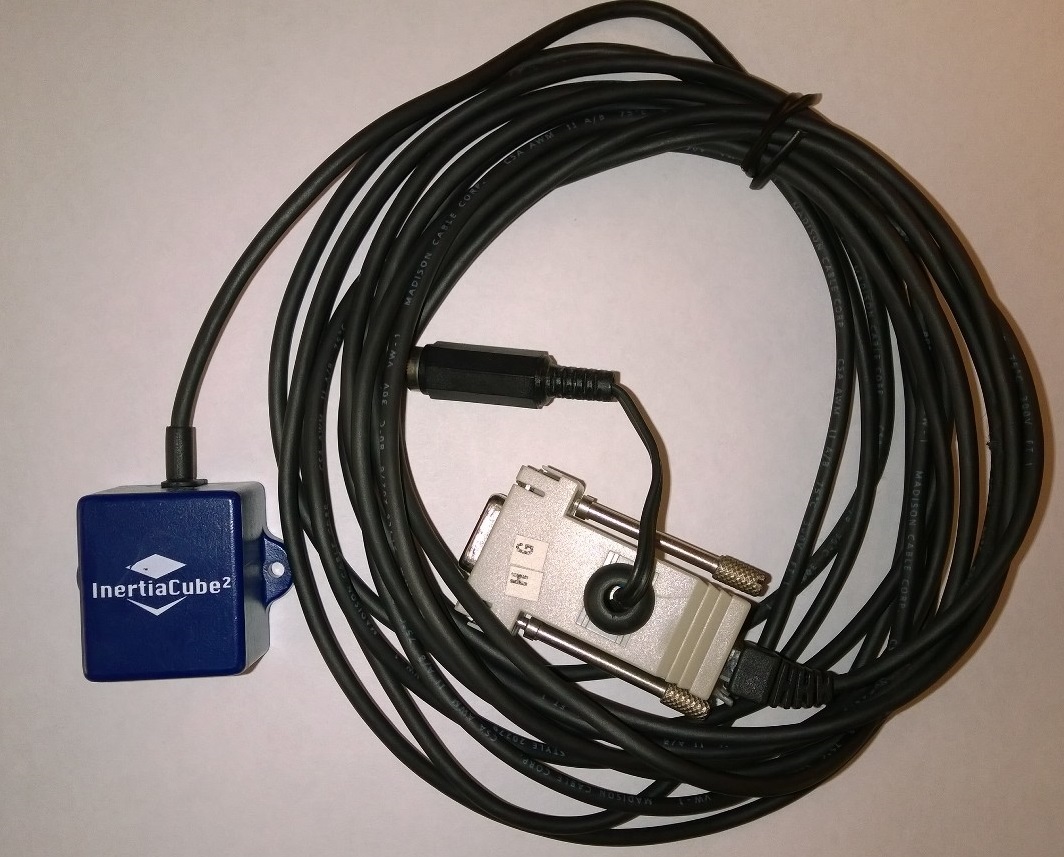 This page is on their InertiaCube2 tracker. This is a 3 degree-of-freedom tracker which contains a 3 axis gyroscopes, 3 axis accelerometer, and a 3 axis magnetometer. Now a days you’ll see people call this type of sensor package a 9 DOF, which is marketing nonsense. However it’s in common usage now so we deal with it. The InertiaCube 2 measures the orientation of the sensor package which can be used very nicely for head tracking.

The InertiaCube 2 that I have (actually 2 of them) was calibrated in December of 2004. The cord is about 15 feet long or so and interfaces with the computer using a serial port. I’ve connected that to a RS232 to USB adapter from FTDI. The system is powered by a 6V adapter which connects to a cord coming out of the top of the RS232 case.

I’ll refer you to the datasheet for all the nitty gritty details of the InertiaCube 2 specs. However, this sensor claims a very low latency of 2ms while communicating with a baud rate of 115.2k. It also provides Prediction of up to 50ms. There’s also an Ehancement feature which I yet to discover what it’s suppose to do but I assume it improves tracking somehow. Although I have yet to see any difference, at least using mouse emulation. 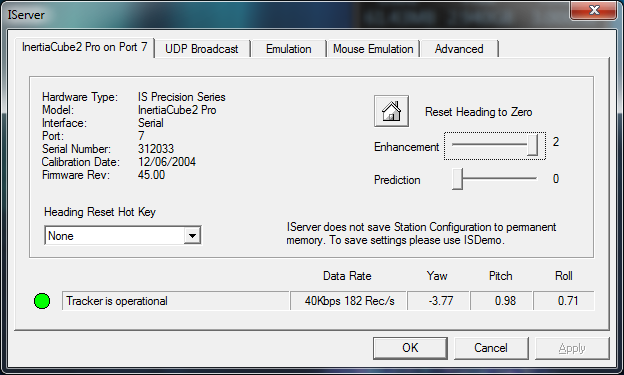 Installing the InertiaCube product CD installs IServer and some other tools such as ISDemo. However, IServer is your main interface to the sensor. It runs in the background and provides adjustment as well as tools like mouse emulation. It’s also very useful in trying to debug any issues. 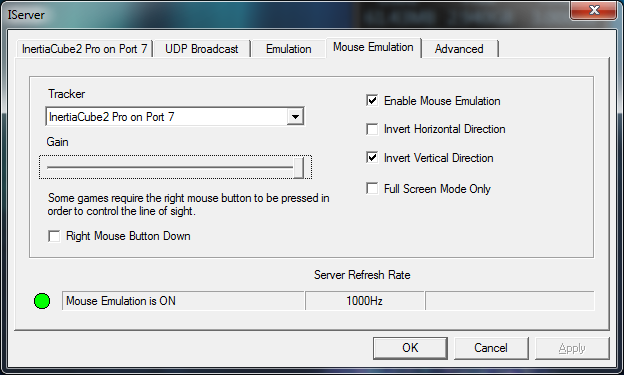 Another piece of software called ISDemo is vital in interfacing with Intersense sensors. In ISDemo you can not only see basic operation of the device but it allows you to make sensor adjustments such as prediction, enhancement, sensitivity level, and compass accuracy and then upload it to your sensor memory. 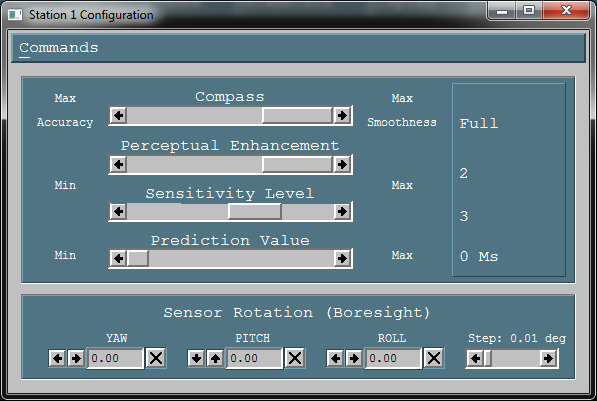 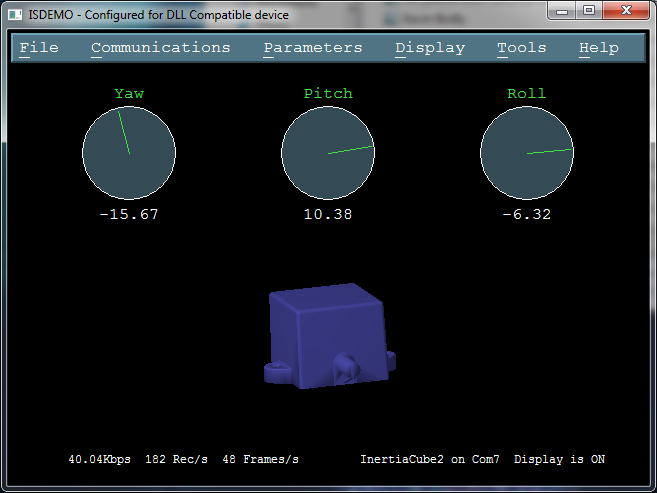 I’ve spent the last 2-3 days using the InertiaCube 2 in Skyrim and Battlefield 4 as a head tracker. In Skyrim it works well with no overshoot or ringing of any sort. It also seems very responsive