The SA Photonics SA-83S is a high end augmented reality head mounted display. This is an optical see-through system and presents an image to the user that people dream of when thinking about augmented reality. This HMD has twin 1920×1200 WUXGA color RGB OLED microdisplays and presents a 76 degree H.FOV x 33 V.FOV (83 degrees diagonal) image using 30 degrees of partial overlap. There is nothing quite like it in the world. The beautiful saturated colors and high resolution of the OLED microdisplays give this HMD really nice imagery.

The eyepieces are prism based and are attached to an IPD rail which uses a Nortos AKA2 night vision mount to attach to the head gear. The head gear is a Skullcrusher from Ops-Core which is probably the most comfortable head gear I’ve worn. This HMD is intended for HUD symbology and other AR type imagery like shown below. Black in the image appears see-through and the image will hover in space in front of you, overlaid on the real world. 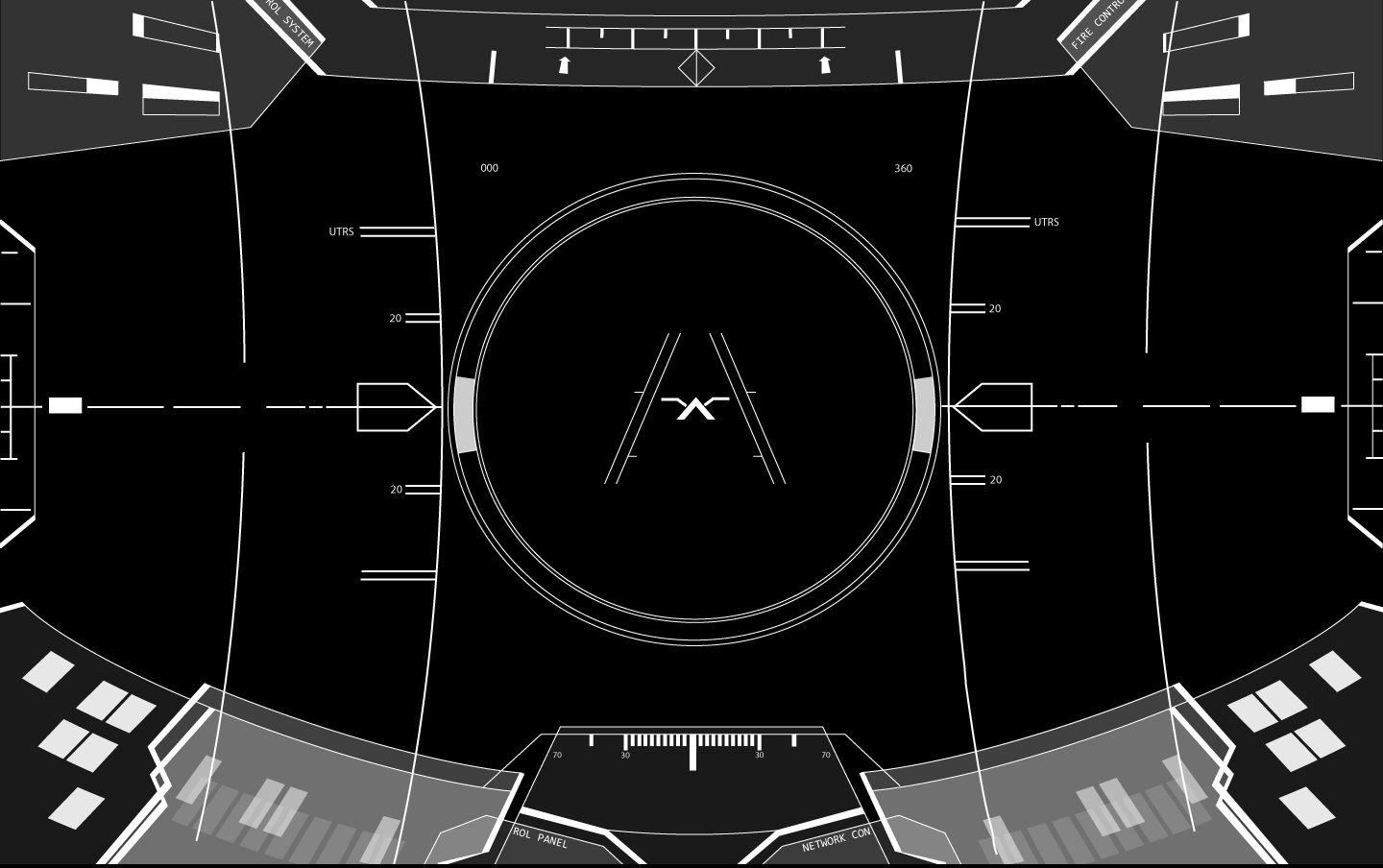 Or my favorite HUD image so far. 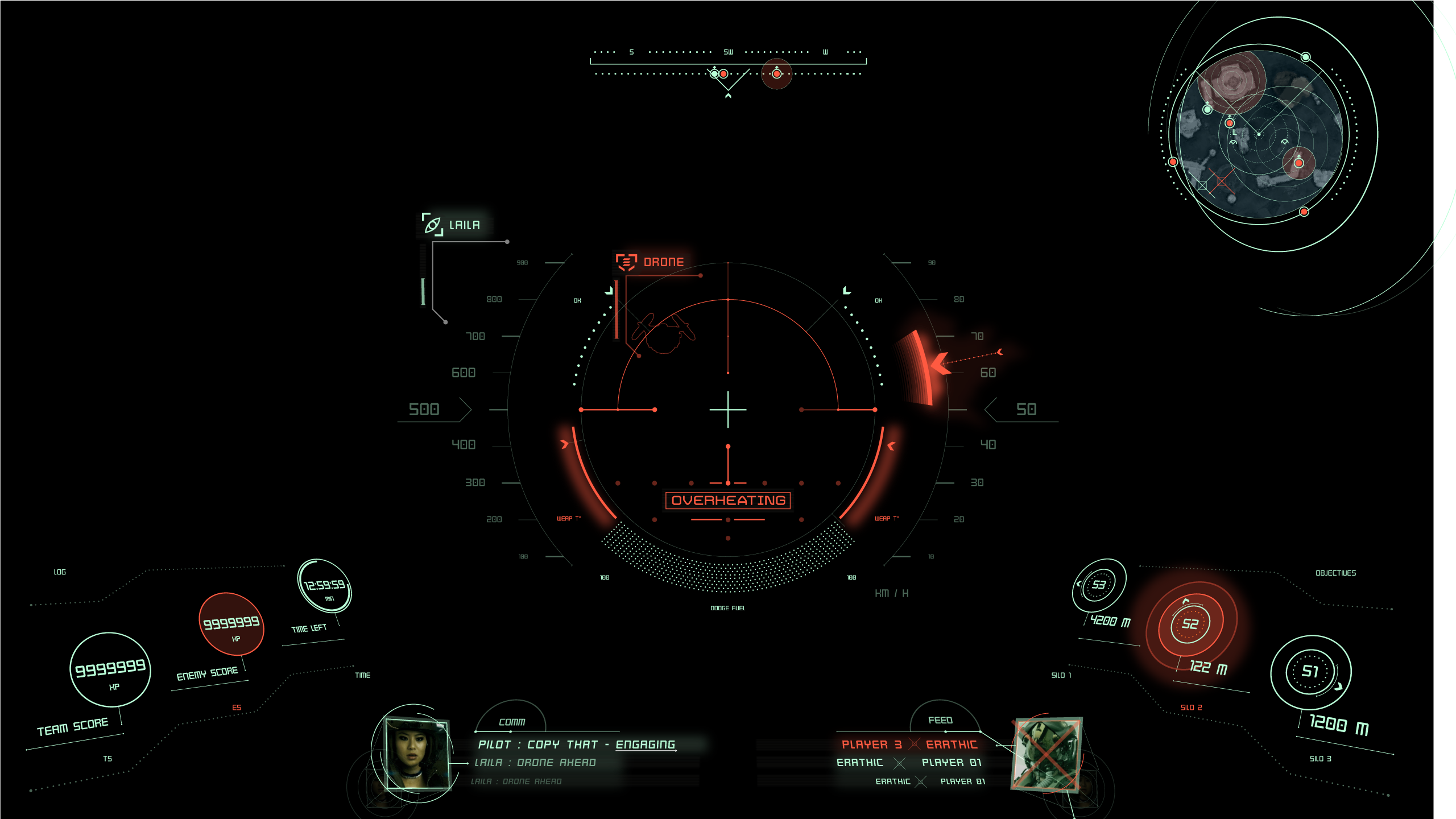 A more practical image presented to the eyes would be the symbology shown below but overlaid on the real world such as an airport. You could imagine if a pilot was wearing a see-through system such as the SA-83S they could overlay their HUD imagery onto the run way as they approach landing. Planes do have HUDs now under certain conditions but imagine if the imagery was head tracked and the pilot could put up what ever information they wanted within their FOV without ever having to take their eyes off what’s in front of them. Another application could be displaying night vision imagery in low visibility conditions. 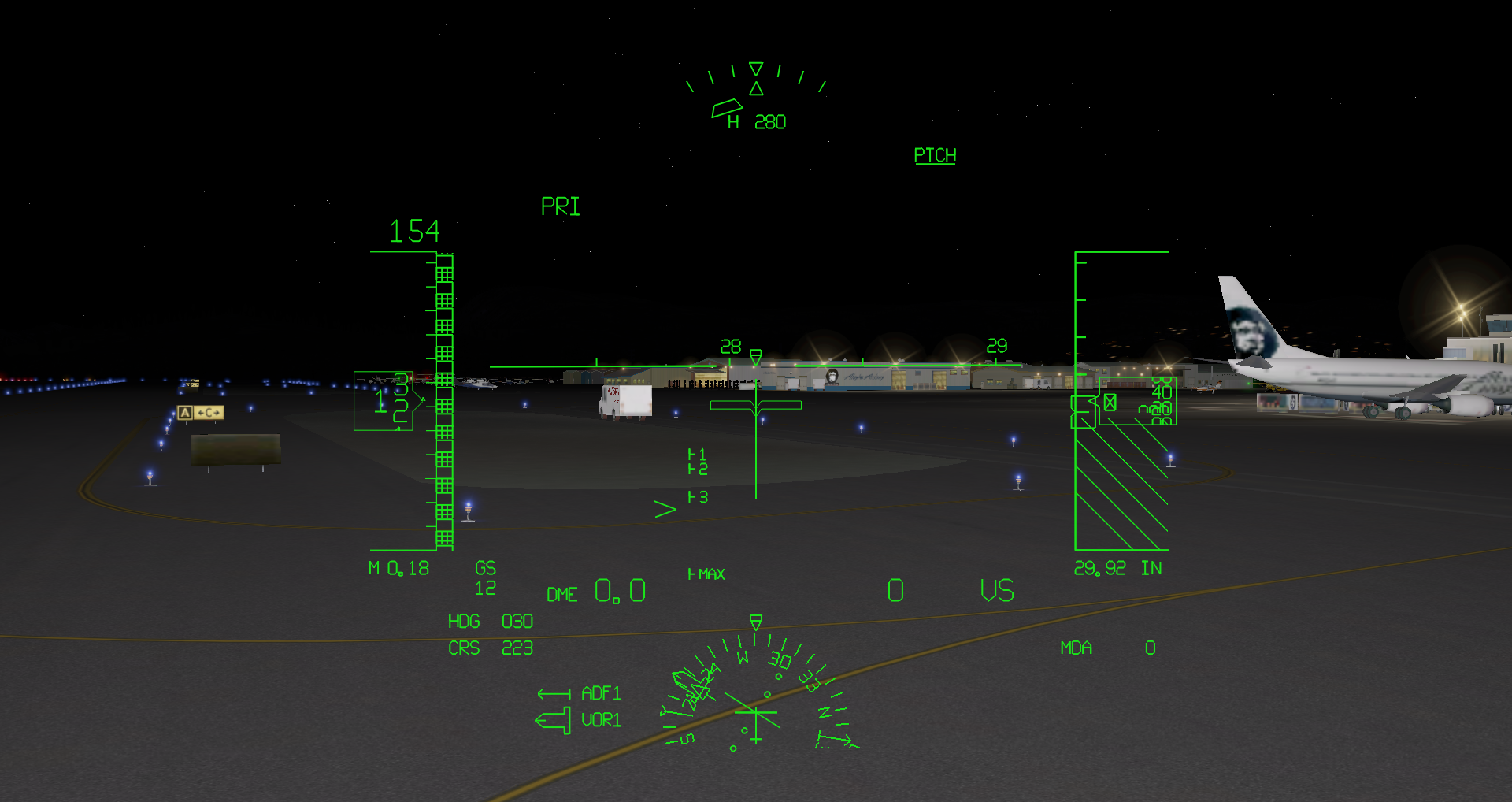 Now, I have to talk about the awesome electronics on this HMD because I designed them! In the back you have a small box which drives the twin 1200p HD microdisplays. It takes in twin micro HDMI for left and right video, along with a USB connection for power and configuration. There are two brightness buttons on the side as well as a power switch on the bottom (not shown). A retainer clip holds the cables in place. 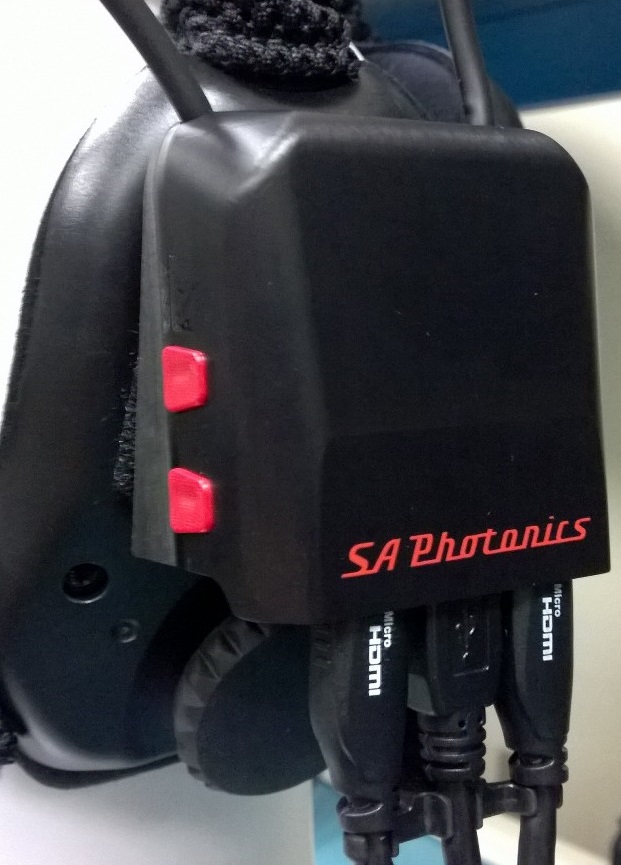 The electronics have twin high end HDMI receivers which can run up to 120Hz each. The OLED microdisplays are currently limited to 90Hz maximum. There is also reduced hold time available. With the higher frame rates and the reduced hold time options, display smear can be dramatically reduced to give a beautiful crisp image even with motion.

There is ESD and over voltage protection on all customer inputs. The driver is flexible as it can be configured for binocular (separate left and right image), biocular (same image to both eyes), single input, as well as stereo configurations. Custom windowing of the displays is available for input imagery smaller than 1920×1200. The driver also has active cable equalization and thus can support cable lengths of up to 25′ or more. This driver is now used on all SA Photonics HMDs.

If you’re in the market for a high end AR HMD you’ll be hard pressed to find anything better than the SA-83S. It’s twin 1920×1200 color RGB OLEDs with 83 degree diagonal FOV are the next generation in HMD specifications. The OLED panels give beautiful saturated colors with very low display smear. It provides that impressive wide FOV AR imagery the people expect when thinking about augmented reality but rarely actually get. It’s the image I wish I had in my consumer level AR HMDs which typically only show a low resolution 25 degree FOV image.