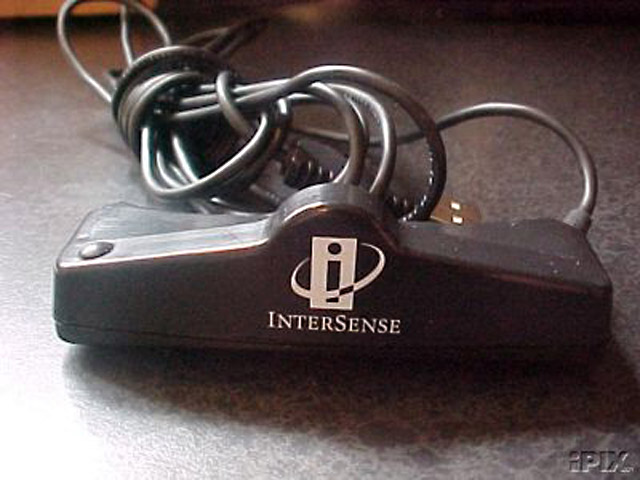 The IntertraxLC is a nice tracker if you can get it cheap enough. I have used several different low end trackers and wasnt extremely impressed with the Intertrax. Dont get me wrong, it works very well but for the price there are better options. The IntertraxLC is a precursor to the Intertrax 2. From what I have heard the IntertraxLC was custom built for a special customer by Intersense. These trackers were stolen (about 60 of them) and are now appearing on ebay for about 100.00. I was able to get my hands on one to test it out. It has the same basic functionality as the Intertrax 2. It provides the user with Yaw,Pitch,and Roll functionality all in a small, easily mountable, USB corded package.

It works well by gaining access to your program thru combinations of mouse and joystick drivers. You will have to install the Intertrax software available at Intersense. I run Windows 2000 and had to install the tracker as a joystick which is standard for this product line. I tested it against my normal programs, Quake II, Quake, and Red Faction. I use these games to bench mark most of the equipment I write reviews for just to keep a common factor in the review process. The Intertrax works well but is not worth the 1000.00 price tag if bought new (Intertrax 2 price).

The tracker is setup to a joystick thru the game controllers in your Windows enviroment. You then use a program called JMouse to emulate a desktop mouse. Well, there are far cheaper solutions to this problem. I generally agree that for most people a mouse emulated headtracker is the best solution. Its simple, straight forward, and you dont need any special drivers. It also provides the correct functionality for a immersive tracking system. But unless you are going to write custom applications or code to interface to the Intertrax your better off with a cheaper tracker such as the VR Tracker 2.

The only thing the Intertrax will have over the VR Tracker, or similar, is Roll measurement. For the most part, flight simulators are the only gaming applications which really need Roll. Otherwise your set with a gyro-based tracker which will run you about 300.00 brand new.

In conclusion, my overall impression of the Intertrax is good. Its main downfall is price.