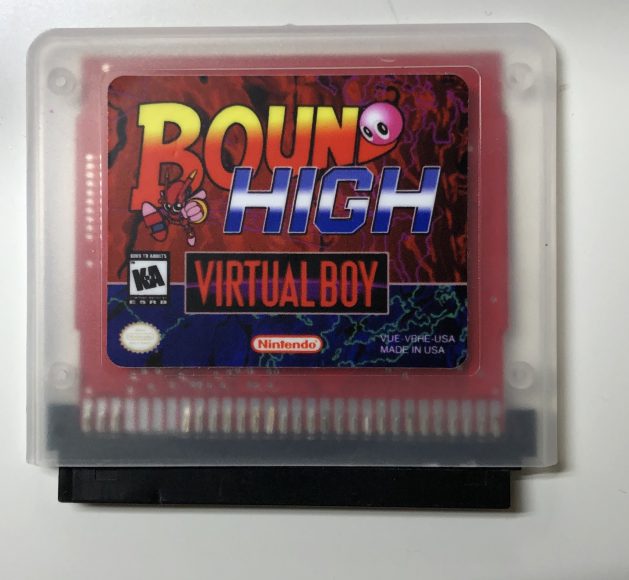 I’ve spent a lot of time and money recently on trying to get injection molded Virtual Boy cart cases made. Probably more time and money than I should have. The design emphasis was to get a mold done cheaply and have it work on a machine that I could purchase and put in my garage. The injection mold machine I’m targeting is from Medium Machinery. I had the mold done by Bench Top Mold. These choices could potentially produce molded cases for the fraction of the cost of other vendors. For example, another vendor would cost me $9k for molds plus part costs after that, and that was the cheapest quote. The Medium Machinery + BenchTop Mold approach would be $6000 total and I could produce parts when I need them. So about 33% cheaper. And initially BenchTop Mold would produce parts for me so I didn’t even need to buy the injection molding machine. Well… it may not turn out to be that simple. :-S

A picture of the top cover mold for a VB case is shown below. I’ve only had the top mold done so far. The idea being to get good parts out of the top mold and then continue with a bottom mold. 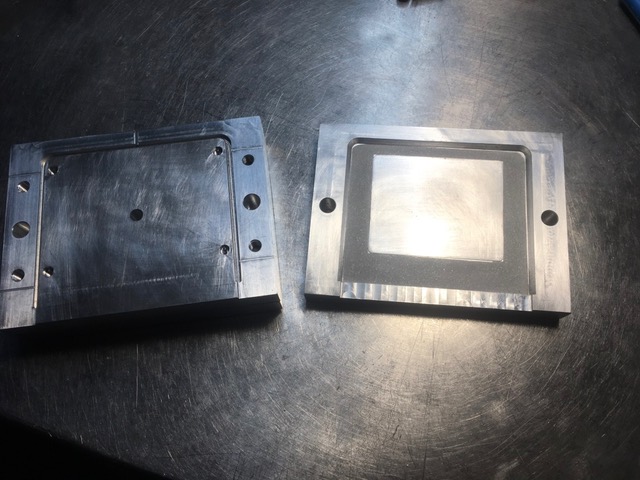 In the picture at the top of the page are cases that I believe to be the first new injection molded Virtual Boy cartridge cases since the original production runs. These are TFPP material. TFPP was the first material to fill the mold correctly. As you can see it also has some flashing issues. Structurally it’s fine for a case but also has some pattern issues. I wasn’t overly pleased with this material so continued on with testing other materials.

I always thought getting a mold made would be the biggest hurdle to getting injection molded plastic parts created. Not so much. Like much of engineering, it’s just the first hurdle and one of many design knobs to turn. Material choice is another big one and material choice has to be done to make the appropriate mold choices, as well as injection mold machine choices. There are trade offs with each. Injection molding plastic parts is something that’s done in industry all the time but also still contains a bit of art in figuring it all out.

With the Medium Machinery machine that I was targeting, ABS didn’t work out so well. You can see that below. ABS won’t flow quickly enough through the mold to completely fill it. ABS would be a great choice material wise for a case enclosure, but it doesn’t flow so well for my mold and machine combination. 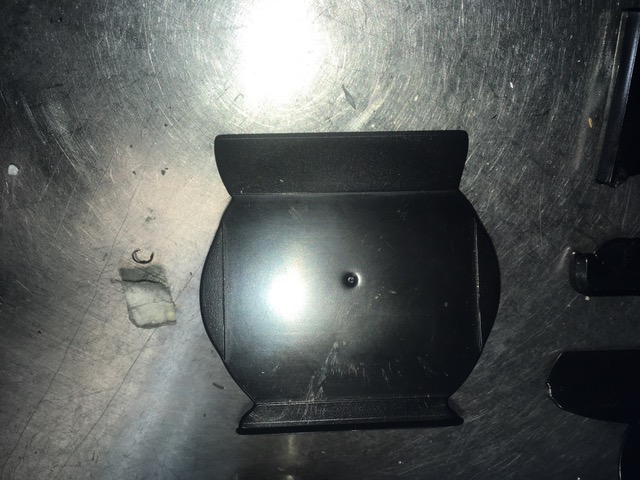 I tried a red color as well but had similar results. This red ABS was supposed to have a slightly higher flow rate than the black ABS. 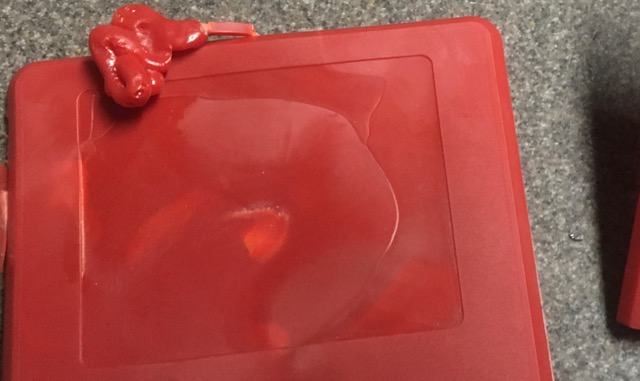 What I’ve learned is that there are many many grades of ABS with different properties emphasized. Flow rate being a big one. Flow rate is a number that suggests how easily the material will flow into a mold. Currently I’m waiting on some very high flow rate ABS material from Singapore as a last hope for getting ABS cases.

In the meantime, I’ve tested other materials. HIPS was tried and initially there was success with a white HIPS. HIPS is high impact polystyrene. Structurally it would work very well. 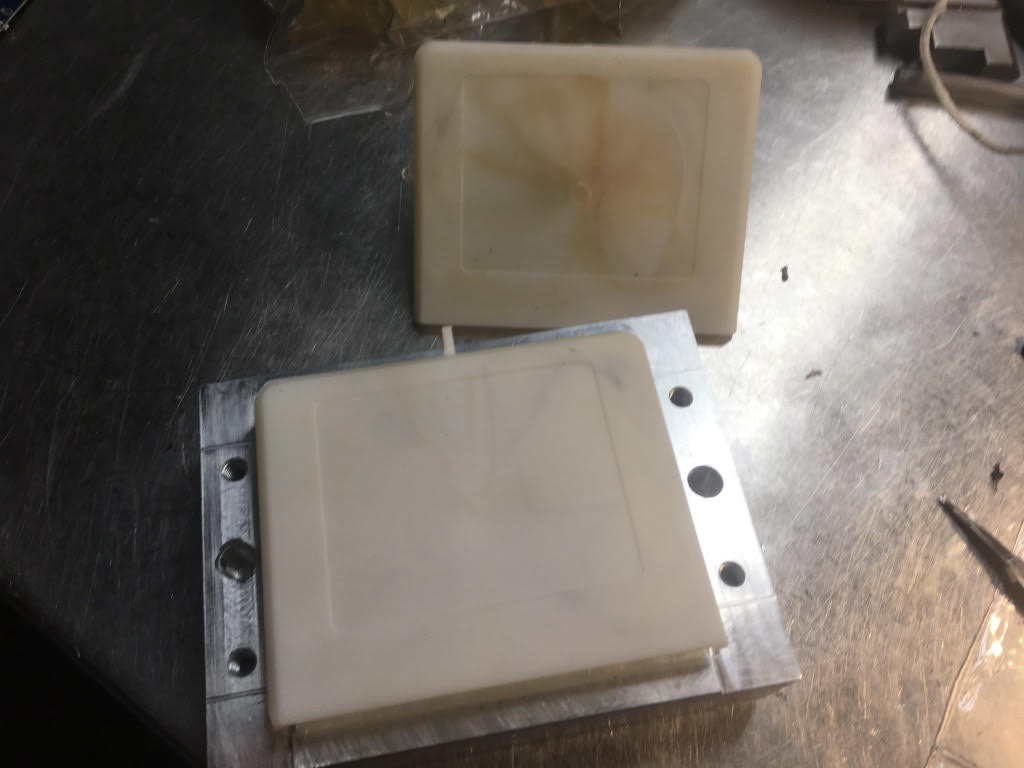 Subsequent attempts to get a more appropriate black color in HIPS working haven’t panned out so well. I’m currently unsure why as the white HIPS above came out very nice and would work well as a VB cart case. Still working on that one. Getting other colors in HIPS is also an issue other than white and black.

I even went on to try HDPE but those parts were too flexible and warped immediately out of the mold. HDPE is used to make things like those somewhat flexible squirt bottles used for house hold cleaning products. 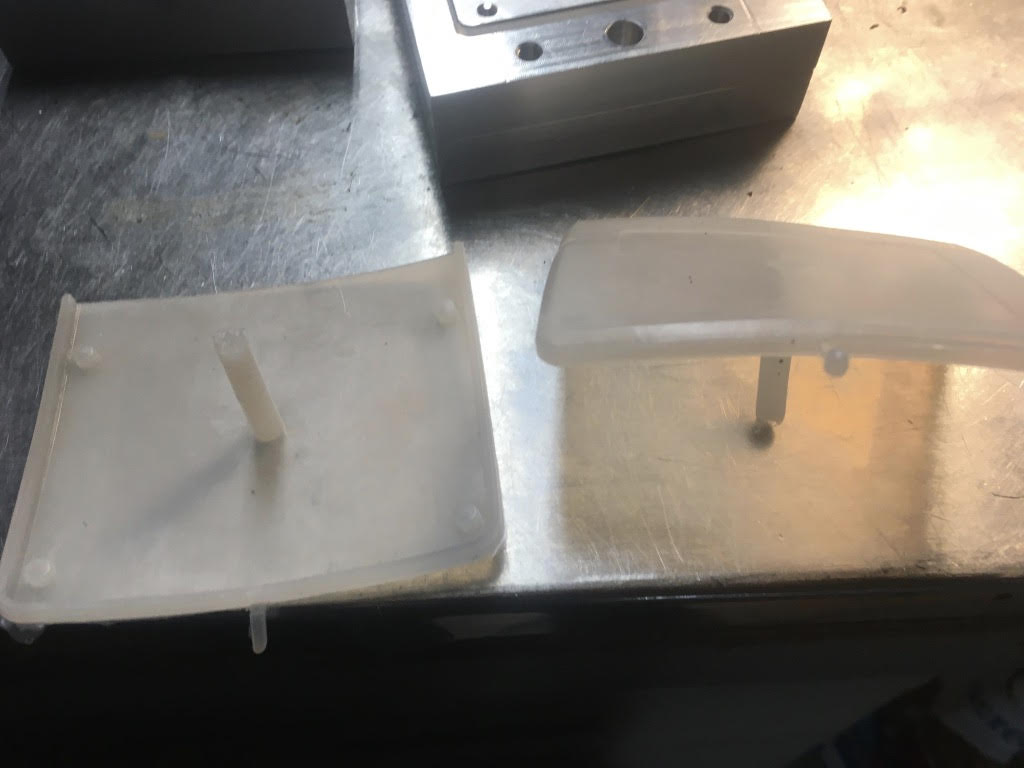 Then I went to try TPO and those didn’t come out too bad but still had pattern fill issues making them not useable. Some more work on TPO may allow me to use this material but so far I haven’t been successful. 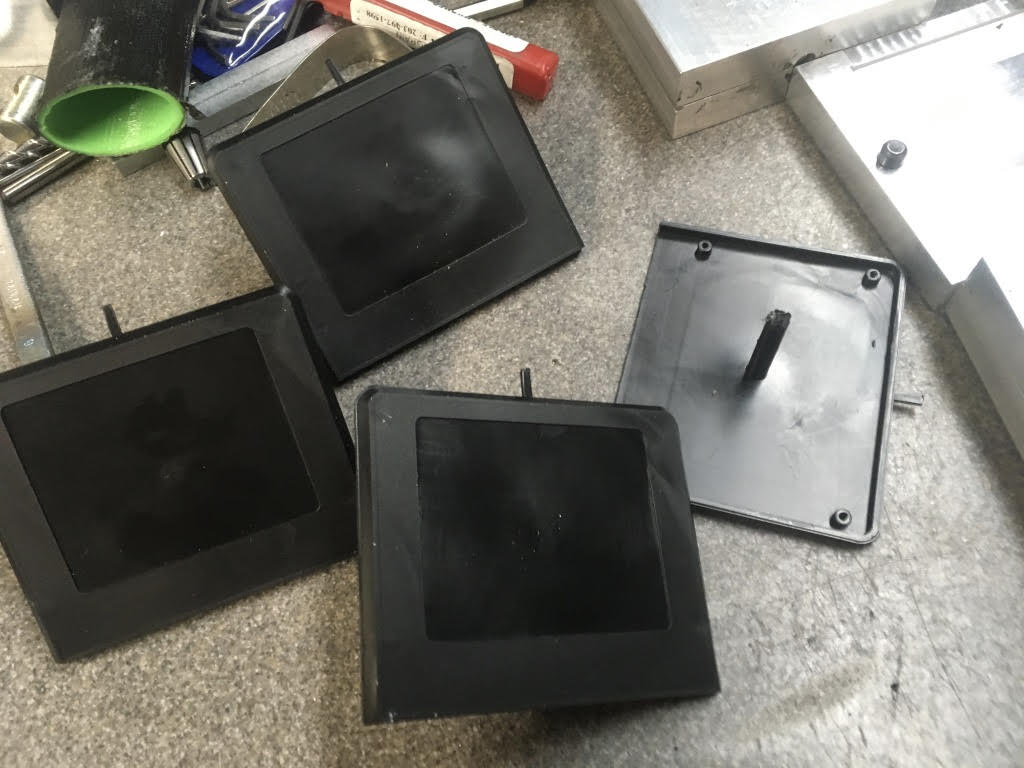 With other projects like HyperFlash32 now needing more of my attention, things have slowed a bit on getting cases injection molded. However the high flow ABS is being delivered this week. It’s my last big hope for plastic.

Another big lesson on this project has been that just because there’s a material out there, doesn’t mean you can buy it. Vendors want to sell plastic pellets for injection molding by the shipping container. Yes, by the shipping container. There are very few places to get smaller Do-It-Yourself (DIY) sizes of plastic pellets. What I’ve learned is that these places are buying left over pellets that other companies have sold as surplus or left over material from bigger projects. The problem with this is that you may not ever be able to buy that material again.

There’s also eBay, where they’re selling the same surplus material, but I had some very bad experiences there with multiple vendors. Basically people are selling materials on eBay that are incorrectly labeled. Some are purchases from fire sales. I bought HIPS four different times and never actually got HIPS.

The other solution that I’m inclined to try is a bit of a DIY approach to getting materials. 3D printer filament is widely available in multiple materials and colors. You can then chop the material back into pellets and use that for injection molding. The issue here is getting the chopper. There are some DIY solutions that I haven’t tried. There’s also a company about to release a chopper but they want $3k for one. That’s insane for what’s basically a rotating blade attached to a motor. I haven’t taken the plunge here yet just because I’m busy on other projects.

So as you can see, I’m trying hard to make new injection molded cases a reality. It just hasn’t worked out yet. I probably should have just gone straight for the $4k per mold solution. I would have had cases months ago. I’ve learned a lot though and maybe in these coming weeks it will all pan out… fingers crossed.